European Central Bank President Christine Lagarde signaled that the euro-zoneeconomy is headed for a double-dip recession, while insisting that the current level of monetary stimulus is enough for now.

The ECB chief said output probably shrank at the end of 2020, and “a decline in the fourth quarter will travel into the first quarter.” Economists are increasingly predicting a contraction in the first three months of this year as governments extend lockdowns to contain the resurgent coronavirus.

Speaking after policy makers decided to keep monetary settings on hold at their first meeting of 2021, Lagarde said fuller discussions are likely to come in March when new economic forecasts will be available and a clearer view of how the crisis will develop.

“Risks surrounding the euro-area growth outlook remain tilted to the downside, but less pronounced,” she said. “The roll-out of vaccines, which started in late December, allows for greater confidence in the resolution of the health crisis.” 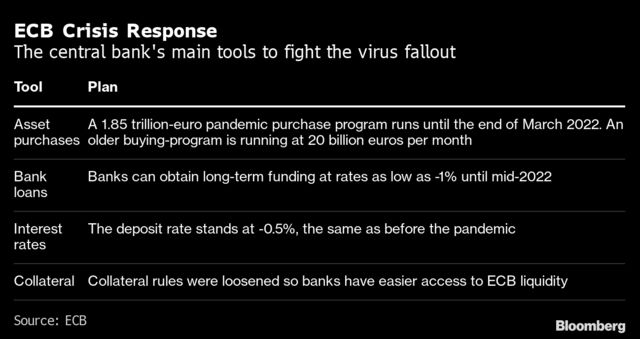 Governments have been intensifying restrictions on travel, leisure and non-essential shops to combat infections, with concerns heightened by new coronavirus variants and a sluggish start to vaccination campaigns. Germany, the region’s largest economy, decided this week to tighten its lockdown and extend it until the middle of February.

Lagarde still reeled off a list of “positives” including progress on vaccinations, the approval of the European Union’s recovery fund, a pickup in manufacturing, and the removal of political uncertainty in the U.S. 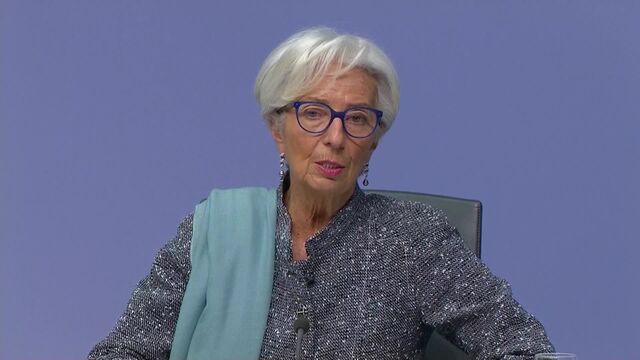 She described economic projections that the ECB published six weeks ago, which foresee economic growth of 3.9% this year, as “broadly valid.” Fourth-quarter figures on gross domestic product will be published around the end of this month.

The president also reiterated that the emergency bond-buying program “need not be used in full” if financing conditions can be kept at current levels without doing so. That was a concession to more cautious members at the previous meeting. Most economists surveyed by Bloomberg say the central bank will ultimately spend the full amount, but it won’t need to top up the program again. 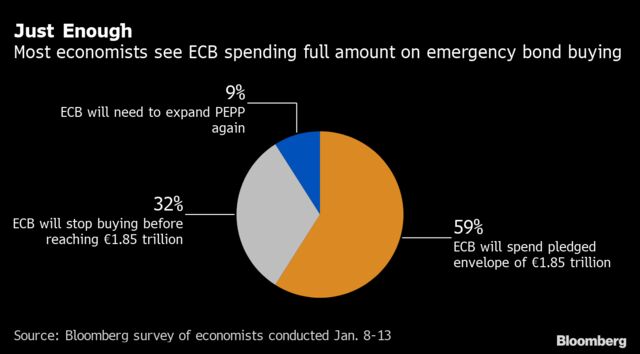 The Governing Council didn’t discuss exchange rates, according to officials familiar with the matter, asking not to be identified discussing confidential deliberations. Lagarde said in her press conference that the euro’s strength is being monitored “very carefully” because it has an impact on inflation — by suppressing import costs — that is already far below the ECB’s goal.

Policy makers also talked about longer-term options for their policy instruments, including the potential to merge their pandemic program and an older bond-buying plan as well as yield curve control, the people said

That part of the meeting was held as part of a wide-ranging strategic review that is looking at topics from the inflation goal to how the institution can help tackle climate change. An ECB spokesman declined to comment.

Lagarde pledged that monetary aid will continue as long as needed, and said governments must keep spending — though again with an eye on the pending recovery.

“We believe fiscal support has to be continued,” she said. “The slight qualification we would have is that we certainly recommend it is as targeted as possible and temporary, given that we all hope for recovery during the course of 2021, probably in the second half more than the first half.”