From an underwater warehouse to a drone tower, these Amazon patents show what future deliveries may look like

From an underwater warehouse to a drone tower, these Amazon patents show what future deliveries may look like 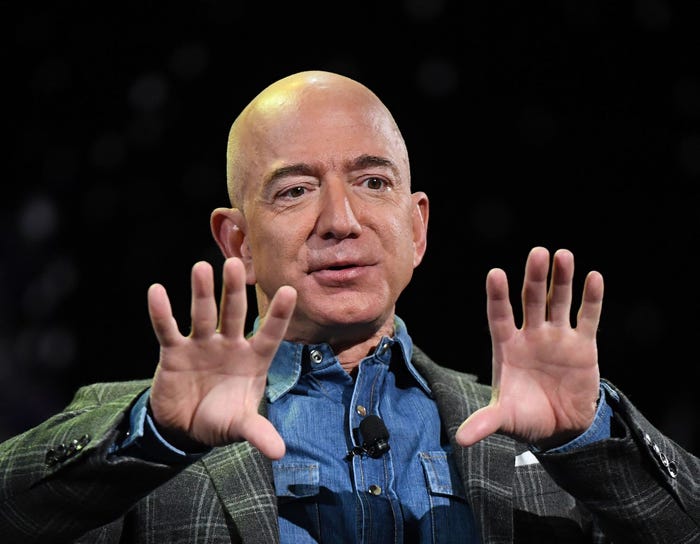 In 2019, global parcel volume surpassed 100 billion for the first time, according to research by Pitney Bowers. But that number could more than double to somewhere between 220 billion and 262 billion packages by 2026, the firm further predicted.

The COVID-19 pandemic certainly hasn’t slowed down the growth of the delivery sector, with consumers increasingly ordering online.

Amazon has been at the forefront of that growth.

The delivery giant has experienced supply-chain disruptions and shipment delays during the pandemic and spent more than $11 billion in coronavirus-related costs — $4 billion of which in the last quarter of 2020 alone.

However, this was partly offset by a surge in sales, with CEO Jeff Bezos’s net worth increasing by $72.7 billion in 2020.

Vincent Mayet, general director of Havas Commerce and author of “Amazon: Taking Over the Future,” said the retail sector and its accompanying logistics would be at the heart of future e-commerce. Speaking during a conference in October, he said, “In this delivery battle, Amazon is always five to 10 years ahead when it comes to filing innovative patents.”

Indeed, Jeff Bezos himself has said he likes to work “two or three years into the future.”

Amazon files dozens of patents each year at the United States Patent and Trademark Office. Of course, they don’t all end up becoming projects. In 2016, for example, Amazon was granted a patent for a plan to transport workers around warehouses in metal cages — reportedly for their safety as warehouses became crowded with robots. However, this idea was widely criticized and was eventually abandoned by Amazon.

Here are five patents that, if created, could revolutionize how Amazon delivers packages, and change the delivery logistics of the future.

A hive of drones 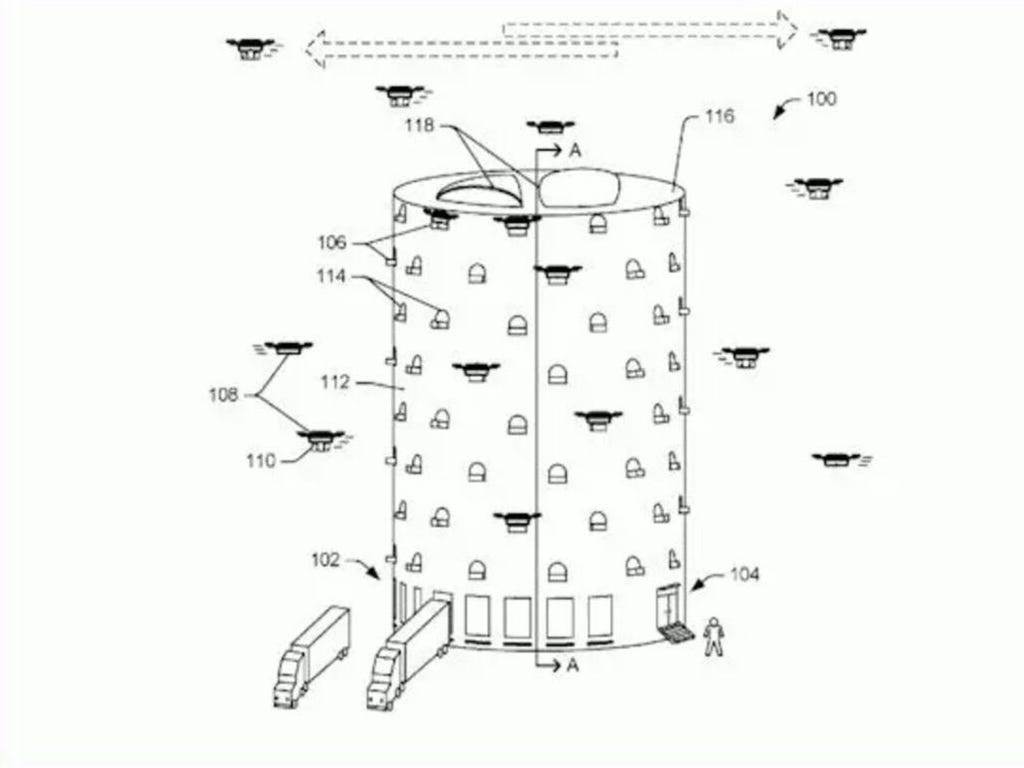 The parcels would be brought to the tower by truck drivers, and the tower would be built in an urban area, where most of Amazon’s customers are located. In 2020, Amazon received permission from the Federal Aviation Administration to begin delivery drone operations. 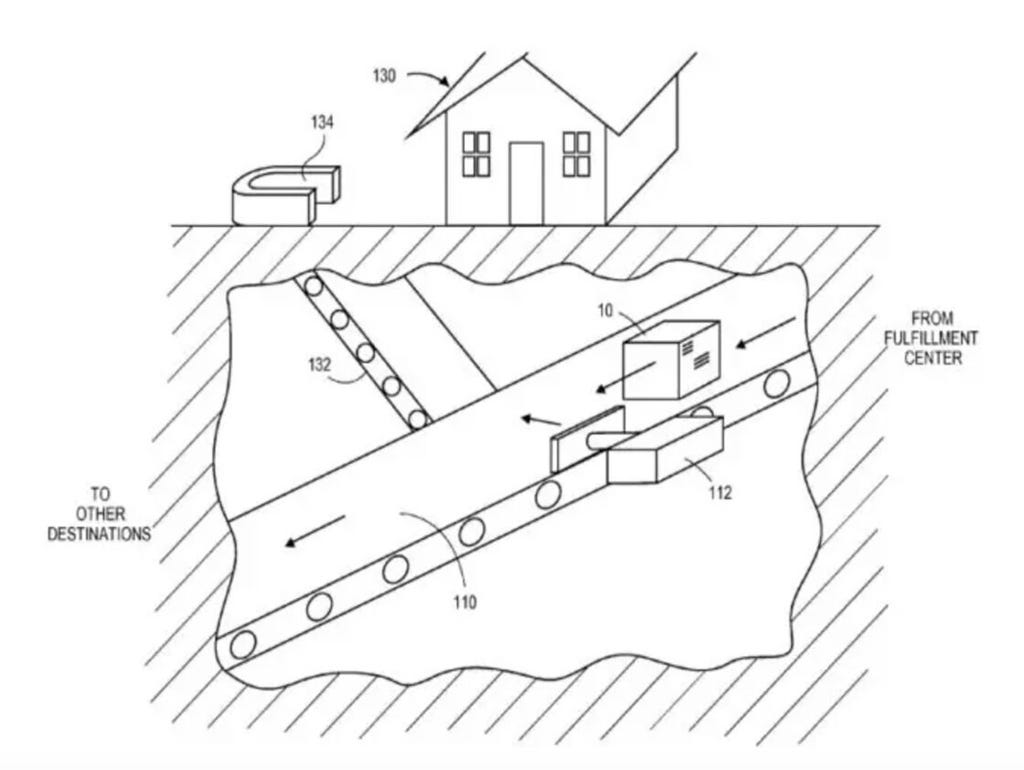 Conveyor belts and vacuum tubes would link the warehouse to the delivery destinations, and would be the means of transporting the parcels.

A floating airship, or a blimp 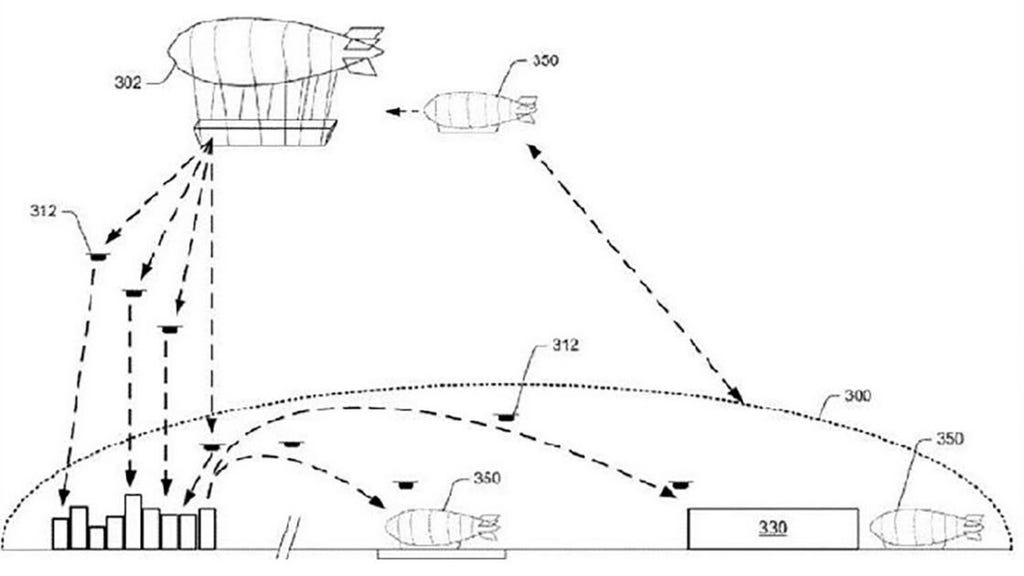 A centralized aerial warehouse might solve the problem of drones requiring a lot of energy. United States Patent and Trademark OfficeIn a 2014 patent, Amazon wrote of an “aerial fulfillment center,” which “may be an airship that remains at a high altitude (e.g., 45,000 feet) and unmanned aerial vehicles with ordered items may be deployed from the AFC to deliver ordered items to user designated delivery locations.”

Drones require a lot of energy for travel, especially at the distances Amazon deliveries may require, and so a centralized aerial warehouse may solve this problem. It could also be used for marketing purposes. 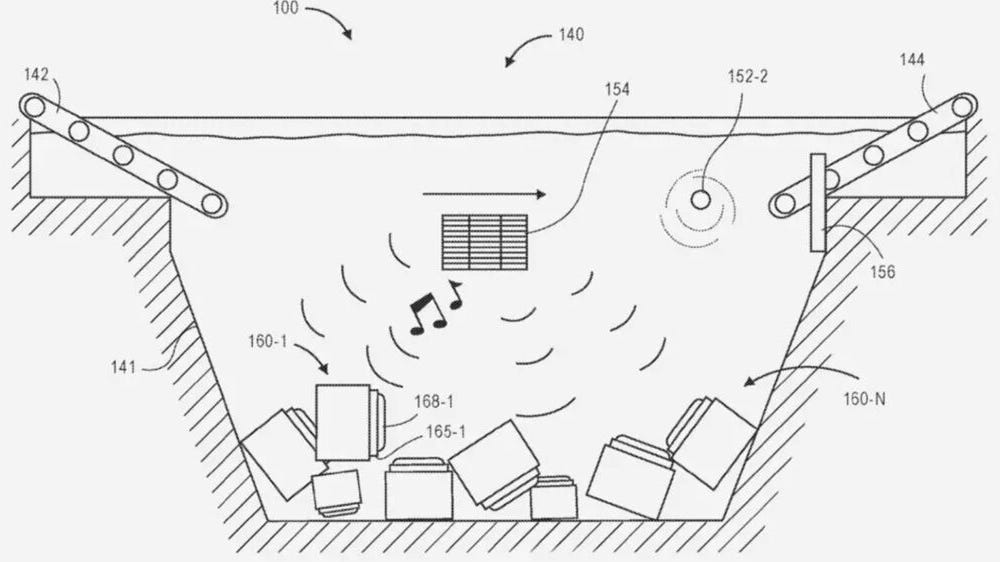 Products would be stored in watertight containers and fitted with cartridges. United States Patent and Trademark OfficeFiled in 2017, this patent involved an underwater storage facility with products stored in watertight containers, fitted with cartridges. These would be placed there by conveyor belts, humans, trucks, or planes.

Whenever a product was needed, an acoustic wave would be sent to activate the cartridge on the watertight container, causing it to release a balloon and float to the surface of the water. Another possibility would be to use artificial currents to transport the containers. 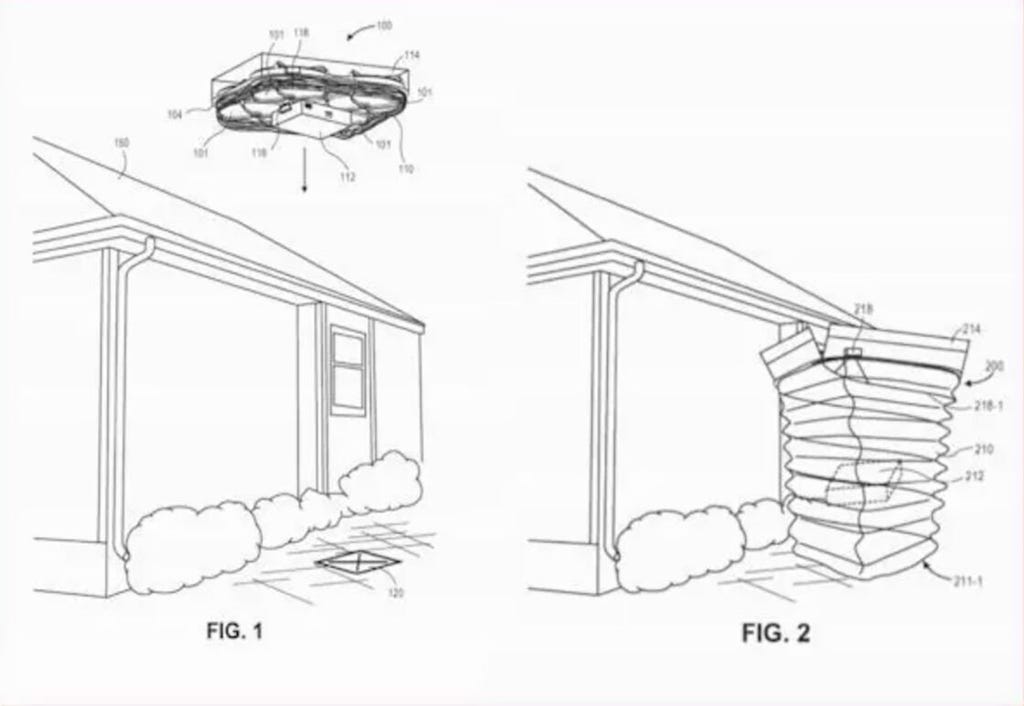 A drone would arrive at a location, deploy its funnel and then send the packages down the chute. United States Patent and Trademark OfficeIn order to eliminate the need for a drone to land, Amazon has also dreamed up an “accordion-like drone chute,” as described by The Puget Sound Business Journal.