This month’s drop in yields was supposed to benefit high-growth tech names. Not only didn’t they rise — they fell, now headed for the biggest loss since October. 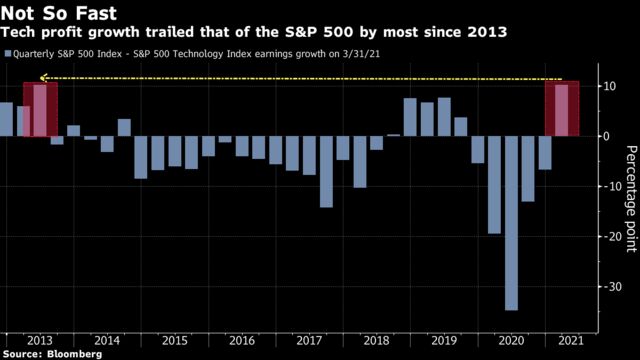 Notes From the Sell Side: