The U.S. economy is entering a new phase.

Fueled by widespread vaccinations, government stimulus and the lifting of most Covid-19 restrictions, the economy likely expanded in the second quarter at one of the fastest paces in decades. But at some point, gross domestic product growth has to come off the boil and return to a more sustainable pace.

Investors have sobered up to this idea of “peak growth” that’s seen reducing the odds of a more enduring outbreak of inflation. The yield on the 10-year Treasury note dropped this week below 1.3% for the first time since February.

Still, economists expect the pace of growth, while slower, will be extremely strong through year-end. In Bloomberg’s latest monthly survey of 75 economists, forecasters bumped up their GDP growth estimates for the second half of the year. 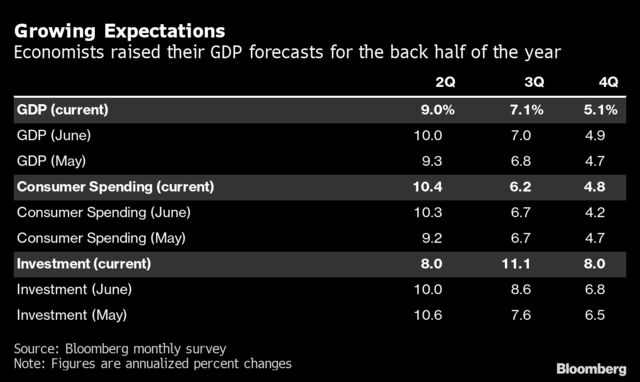 GDP growth this year is projected to average 6.6%, the second-best year since 1966, according to the survey.

Pent-up demand — particularly for activities like eating out and traveling that were curbed by the pandemic — fueled rapid consumer spending growth in the second quarter. An acceleration in services spending, against a backdrop of elevated savings, should continue to fuel outlays in the months ahead.

As the housing market and consumer purchases of durable goods steady or even soften, “the handing off of the baton goes to the services sector” to drive growth in the back half of the year as reopening continues, said Matthew Luzzetti, chief U.S. economist at Deutsche Bank AG.

Economists also marked up their expectations for private investment, which includes both capital spending and housing, in the second half of the year. The survey was conducted July 2-8.

Additionally, the survey showed inflation projections inching up through the first half of 2022. The personal consumption expenditures price index, which the Federal Reserve uses to guide monetary policy, is seen rising 3.6% in the third and fourth quarters on a year-over-year basis — well above the Fed’s 2% goal. 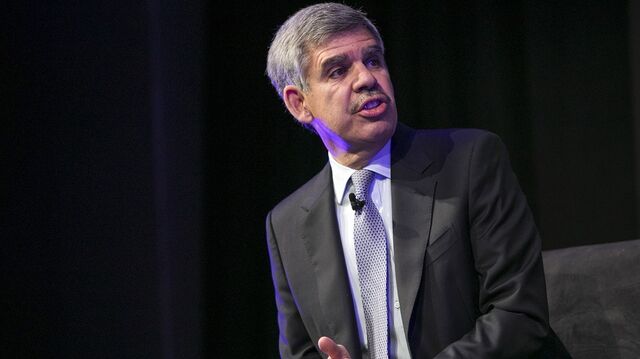 Projections for the core PCE price index, which strips out the volatile categories of food and energy, were also boosted. The measure is now seen at 3% or higher through early 2022 before settling back to just above the Fed’s target by the end of the second quarter — consistent with the Fed’s view that the recent run-up in inflation is temporary. 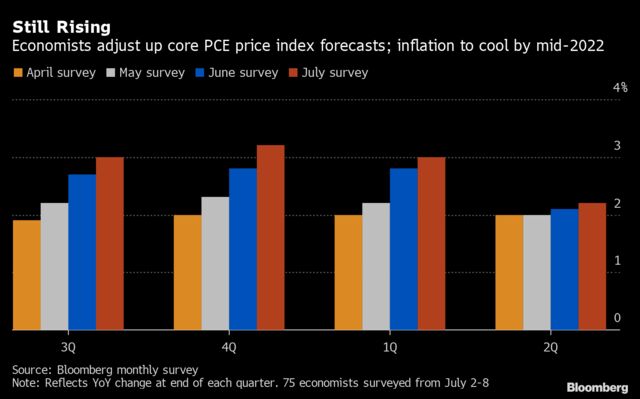 Economists, policy makers and market participants continue to debate the future path of inflation in U.S. Fed Chair Jerome Powell has stood by his position that the price pressures will likely prove transitory. Others have argued the inflation will prove more permanent, especially in the wake of trillions of dollars in fiscal support, ongoing supply chain challenges and steadily rising wages.

The latest consumer price index, out next week, is forecast to show a 0.5% increase in June from the prior month, adding to a string of exceptionally strong readings.