Apple is a ‘best idea’ pick that can rally up to 86% as tech stocks rebound, Wedbush says

Apple is a ‘best idea’ pick that can rally up to 86% as tech stocks rebound, Wedbush says 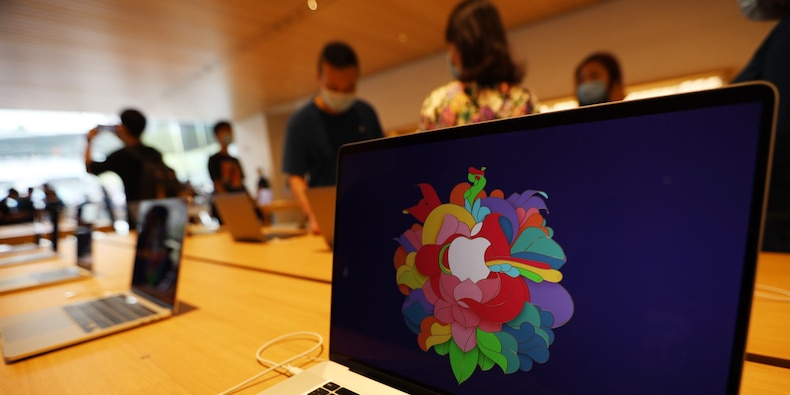 The tech stocks that led the market higher in 2020 are faring worse this year. Wedbush sees it as a perfect opportunity to scoop up the group’s biggest name.

Investors gearing up for a swift economic rebound have recently dumped growth stocks for riskier plays. The broad rotation to value stocks has dragged on tech mega-caps and sparked wild shifts between heavy selling and sudden dip-buying. While the Nasdaq composite notched a massive 3.7% gain on Tuesday, the biggest tech stocks still boast year-to-date losses.

The weakness sets up a “great entry point” for investors interested in Apple, Wedbush analyst Dan Ives said in a note. The firm added Apple to its “best ideas” list on Wednesday, praising the company’s blowout December-quarter results and growth in Asia. After exceeding expectations for iPhone 12 sales, the iPhone 13 could be a “game-changer” that extends the upgrade “supercycle” for another year, Ives said.

“The recent sell-off creates a golden buying opportunity with a $3 trillion valuation on the horizon for Cupertino in our opinion,” he added.

Wedbush reiterated its “outperform” rating with a $175 price target. The firm also holds a bull-case target of $225, which implies an 86% surge from Tuesday’s closing level.

The bullish estimate is partially fueled by expectations for millions of current iPhone owners to upgrade their phones throughout the year. Some 350 million of the 950 million iPhones worldwide are due for an upgrade, according to Wedbush. The dynamic stands to prop up demand into the fall, Ives said.

The upgrade supercycle could even last through 2022 if iPhone 13 rumors prove true, the analyst added. Supply chain reports signal Apple initially aims to build 100 million units of the upcoming model, up from 80 million for the iPhone 12 lineup.

While this number is subject to change, the reports hint at “an increased confidence with Cook & Co. that this 5G product cycle” will continue into next year, Ives said.