By Adam Majendie and Raymond Wu

Taiwan is being squeezed by a resurgent coronavirus on one side and a yearlong drought that is disrupting agriculture, industry and power supplies on the other. Only one of those forces is likely to go away.

The dual stresses can be seen at home in sliding stocks, power and water shortages, and abroad as Taiwan’s chipmakers struggle to fill a global deficit of semiconductors. While the government works to rein in the Covid outbreak, the water and energy strains highlight longer-term challenges from the island’s unusual vulnerability to climate change. 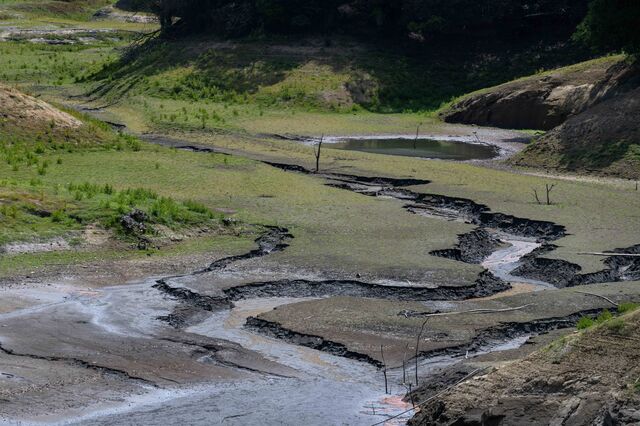 “In the medium term, energy and water are indeed the key factors for Taiwan, not only for food security but also for capturing the opportunities of a growing semiconductor industry and related investment,” said Gary Ng, an economist at Natixis.

Few places have seen such a sudden and dramatic change in fortunes during the pandemic. At the start of the year, Taiwan’s economy and stock market were thriving, Covid cases were almost non-existent and mega-star rock band Mayday had just kicked off a sell-out 2021 tour. Now, curbs have widened as Covid cases surge — but the water problem may prove more intractable.

That’s because the island’s climate has been shifting for decades. Between 1957 and 2006, the summer has become almost a month longer and winter a month shorter, according to monitoring site Taiwan Adaptation Platform. The average temperature has risen about 1.3C in the past century, about twice the global rate, and may gain by at least as much again by the end of this century.

The 23.5 million residents rely on an annual rainy season in May and June to refill reservoirs. Yet the “plum rains” have been disappointing and will likely be below average, according to the weather bureau, which doesn’t expect sizable rainfall until at least the first half of June. 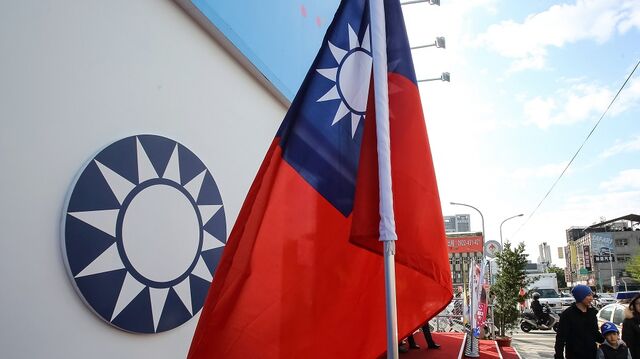 WATCH: Taiwan is being squeezed by coronavirus on one side and on the other, a year-long drought that’s disrupting agriculture, industry and power supplies.

Only 807 millimeters of precipitation has fallen over reservoir catchment areas in almost 12 months, according to a May 19 presentation by the Central Emergency Operation Center. That’s less than half the annual average.

“The water shortage issue has been around for a long time, not just the past few days,” said Carl Liu, economist at KGI Securities Investment Advisory Co. “If the power supply can’t meet demand from key industries, investment in Taiwan and its export performance will be eroded.”

More than three-quarters of power still comes from fossil fuels, mostly gas and coal, with nuclear supplying about 13%, and most of the rest derived from renewables, according to state-owned Taiwan Power Co. Hydro doesn’t supply more than 2% but is key because turbines can be turned on in seconds.

“It’s the most convenient way to meet a sudden increase in demand,” said Lee Chun-Li, deputy director general of the Energy Bureau at the Ministry of Economic Affairs. Taipower plans more fast-response natural-gas plants and batteries to avoid blackouts, he said.

Taipower is due to submit a report to Cabinet this week on steps it will take to guarantee supplies and prevent future outages. 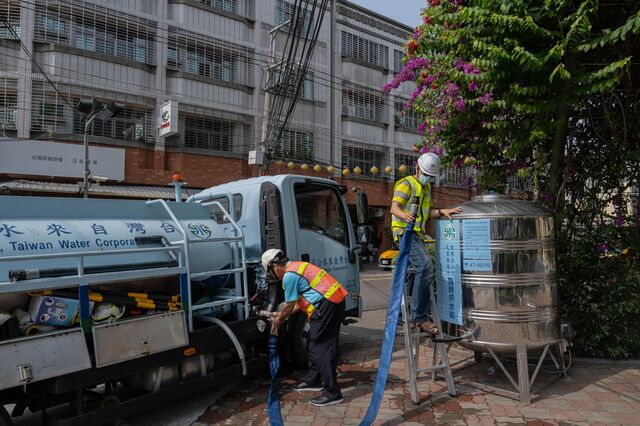 The water-power nexus has led to rationing and rolling blackouts across the island as factories run at full throttle, leaving no reserves to make up for the drop in hydro. When demand spikes or a plant shuts down, consumers are left in the dark.

The government has urged the public to limit electricity and water use, tightening supplies to cities including Taoyuan. If there is less than 100 millimeters of rain in reservoir catchment areas by May 31, restrictions will get tougher.

The main victims of the drought are farmers, who consume more than 70% of the island’s water, compared with only about 10% for industry. The government began suspending irrigation to paddy fields in the south in January, following a poor second harvest last year. It has rice stockpiles equivalent to about eight months of domestic consumption.

Last year was the first time in more than half a century that Taiwan didn’t get hit by a single typhoon, a factor in the current drought. Another cause is La Nina, a global weather phenomenon that may now be weakening, which could help normalize weather patterns. 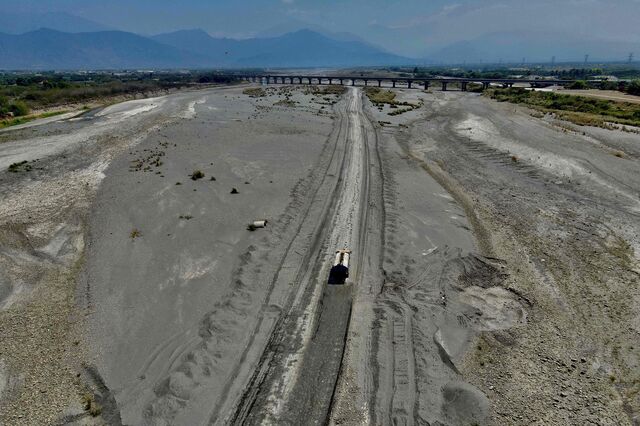 A truck travels along the Ai Liao river bed in Pingtung county, southern Taiwan, on March 16.

The drought indicates how water stress and changing precipitation patterns could emerge as risks across value chains, and the stark choice to be made in rationing water between households and industry, Fitch Ratings said on May 4.

That could delay plans to decommission the island’s four nuclear reactors by 2025. The first, at the Kuosheng nuclear power plant, reaches the end of its licensing period in December.

“Renewable energy can’t replace traditional power generation in the short term, so nuclear decommissioning might not be as fast as the government expected,” said KGI’s Liu.

Taiwan is one of the largest producers of greenhouse gases per capita in the world and has committed to a 50% cut in emissions by 2050 from 2005 levels. The supply of renewable energy rose roughly 50% in the six years to 2020, and the pace may accelerate as overseas companies bid for large offshore wind projects.

Ultimately, though, Taiwan is locked in an equation that is becoming increasingly expensive to solve. Water consumption, energy use, temperatures and extreme weather events are increasing. Rainfall isn’t.

“The climate effect will be long-lasting,” said Nate Maynard, Senior Consultant at Reset Carbon, based in Taipei. Only by using incentives and higher prices, and a conservation drive to curb consumption, can Taiwan “deal with the drought and get access to more water resources in the end.”